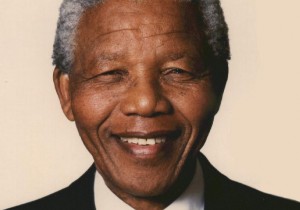 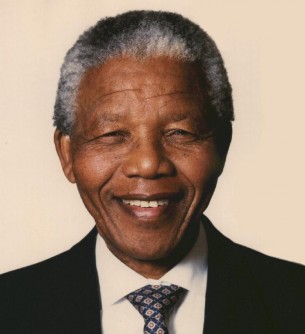 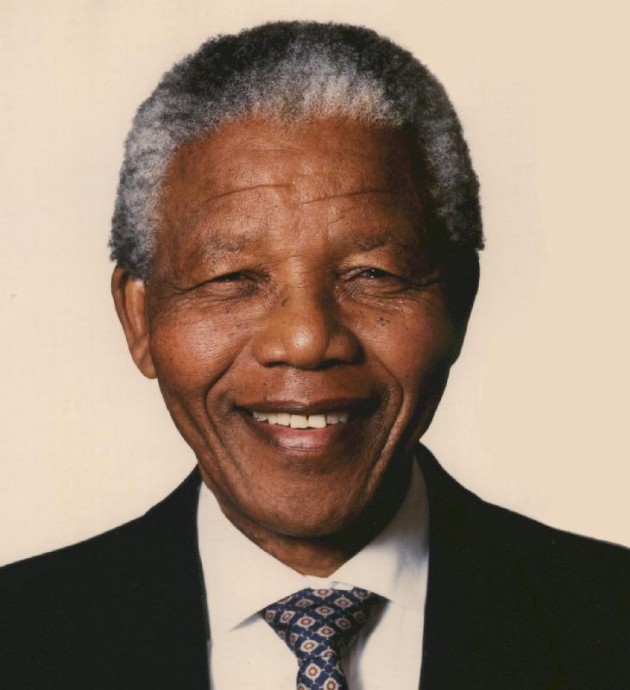 “As an activist I have pretty much been doing what Nelson Mandela tells me since I was a teenager. He has been a forceful presence in my life going back to 1979, when U2 made its first anti-apartheid effort. And he’s been a big part of the Irish consciousness even longer than that. Irish people related all too easily to the subjugation of ethnic majorities. From our point of view, the question as to how bloody South Africa would have to get on its long road to freedom was not abstract.

Over the years we became friends. I, like everyone else, was mesmerized by his deft maneuvering as leader of South Africa. His cabinet appointments of Trevor Manuel and Kadar Asmal were intuitive and ballsy. His partnership with Sowetan neighbor Desmond Tutu brought me untold joy. This double act—and before long a triple act that included Mandela’s wife, the bold and beautiful Graca Machel—took the success of the anti-apartheid fight in South Africa and widened the scope to include the battle against AIDS and the broader reach for dignity by the poorest peoples on the planet.

Mandela saw extreme poverty as a manifestation of the same struggle. “Millions of people … are trapped in the prison of poverty. It is time to set them free,” he said in 2005. “Like slavery and apartheid, poverty is not natural. It is man-made and it can be overcome … Sometimes it falls on a generation to be great. You can be that great generation.” It certainly fell to Mandela to be great. His role in the movement against extreme poverty was critical. He worked for a deeper debt cancellation, for a doubling of international assistance across sub-Saharan Africa, for trade and private investment and transparency to fight corruption. Without his leadership, would the world over the past decade have increased the number of people on AIDS medication to 9.7 million and decreased child deaths by 2.7 million a year? Without Mandela, would Africa be experiencing its best decade of growth and poverty reduction? His indispensability can’t be proved with math and metrics, but I know what I believe …

Mandela would be remembered as a remarkable man just for what happened—and didn’t happen—in South Africa’s transition. But more than anyone, it was he who rebooted the idea of Africa from a continent in chaos to a much more romantic view, one in keeping with the majesty of the landscape and the nobility of even its poorer inhabitants. He was also a hardheaded realist, as his economic policy demonstrated. To him, principles and pragmatism were not foes; they went hand in hand. He was an idealist without -naiveté, a compromiser without being compromised.

Surely the refrain “Africa rising” should be attributed to Madiba—the clan name everyone knows him by. He never doubted that his continent would triumph in the 21st century: “We are not just the peoples with the oldest history,” he told me. “We have the brightest future.” He knew Africa was rich with oil, gas, minerals, land and, above all, people. But he also knew that “because of our colonial past, Africans still don’t quite believe these precious things belong to them.” Laughing, he added, “They can find enough people north of the equator who agree with them.”

He had humor and humility in his bearing, and he was smarter and funnier than the parade of world leaders who flocked to see him. He would bait his guests: “What would a powerful man like you want with an old revolutionary like me?”

He could charm the birds off the trees—and cash right out of wallets. He told me once how Margaret Thatcher had personally donated £20,000 to his foundation. “How did you do that?” I gasped. The Iron Lady, who was famously frugal, kept a tight grip on her purse. “I asked,” he said with a laugh. “You’ll never get what you want if you don’t ask.” Then he lowered his voice conspiratorially and said her donation had nauseated some of his cohorts. “Didn’t she try to squash our movement?” they complained. His response: “Didn’t De Klerk crush our people like flies? And I’m having tea with him next week … He’ll be getting the bill.” (On other occasions, I heard Mandela praise the courage of F.W. de Klerk, the last President of apartheid South Africa, who had his own prison to escape: the prejudice of his upbringing. We should not forget his role in this historic drama).

Mandela lived a life without sanctimony. You try it; it’s not easy. His lack of piety helped him turn former foes into friends. In 1985, U2 and Bruce Springsteen responded to Steve Van Zandt’s call to lend our voices to an artists-against-apartheid recording titled “Sun City.” Sun City had been set up on the border of Botswana to bypass the cultural boycott of South Africa. Sol Kerzner’s casino there had become a pretty busy venue. Years later, when I chastised the music producer Quincy Jones about his friendship with Kerzner, Quincy replied, “Man, you know nothing about Mandela, do you? He wasn’t out of jail seven days before he called Sol Kerzner. Since then, Sol has been one of the largest contributors to the [African National Congress].” I felt like one of those Japanese soldiers who came out of the jungle in the 1950s still fighting World War II.

Laughter, not tears, was Madiba’s preferred way—-except on one occasion when I saw him almost choke up. It was on Robben Island, in the courtyard outside the cell in which he had spent 18 of his 27 years in prison. He was explaining why he’d decided to use his inmate’s number, 46664, to rally a response to the AIDS pandemic claiming so many African lives. One of his cellmates told me that the price Mandela paid for working in the limestone mine was not bitterness or even the blindness that can result from being around the bright white reflection day after day. Mandela could still see, but the dust damage to his tear ducts had left him unable to cry. For all this man’s farsightedness and vision, he could not produce tears in a moment of self-doubt or grief.